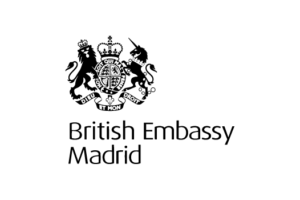 The British Embassy in Madrid is the body responsible for developing and maintaining institutional relations between the United Kingdom and Spain.
Both states work together on issues related to the economy, trade regulation in the united market, energy policy, and international security. Currently, the British Ambassador to Spain is: Simon Manley CMG

The telephone of the British Embassy in Madrid

The British Embassy in Madrid is located in the Torre Espacio, Paseo de la Castellana 259D. You can contact her at 91 714 63 00.
For consular procedures, you can use the following e-mail address: spain.consulate@fco.gov.uk.
Embassy hours are from Monday to Friday from 8:30 am to 5:30 pm.
Access to the facilities requires that security standards be met in line with all British diplomatic missions around the world (visitors are not allowed to enter the Embassy with mobile phones, laptops, PDAs or any other electronic or similar devices).
Among others, the services provided by the British Embassy are as follows:

In addition to the British Embassy in Madrid, the United Kingdom has Consulates in various Spanish towns, which are also other diplomatic representations where you can request information or attention from citizens.
These are the ones that are currently operational: