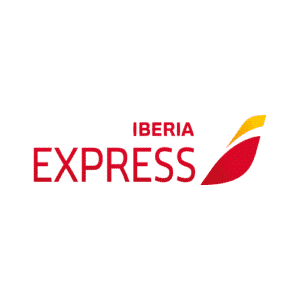 You can contact Iberia Express by phone for airline ticket purchases, flight changes, and cancellations, complaints, information and more.

Iberia Express is a Spanish airline owned by Iberia.
It is a low-cost airline that operates short- and medium-haul flights.
Its foundation was approved by the Board of Directors of International Airlines Group on October 6, 2011, and began operations in March 2012.
Its main office is located in the district of Barajas, Madrid.

This airline has an Air Operator’s Certificate of category A, which was issued by the State Aviation Safety Agency, and thanks to it are allowed to carry passengers, cargo and mail in their aircraft with more than 20 seats.

The airline Iberia Express, is the name by which it is known commercially the Company Operadora de Corto y Medio Radio Iberia Express, S. A., which emerged as a project to achieve to operate the short and medium routes within the Spanish and European market, all from the Iberia hub at Madrid-Barajas airport, as well as to support the long routes of Iberia.

According to the company’s management, Iberia Express will henceforth have lower operating costs, as well as much lower labor costs, and all employees of the new airline will be rehired.

Maintenance and handling will be compensated, at least initially, by the parent company.
According to the economic data announced by IAG, Iberia Express is budgeted to contribute to saving 100 million euros per year to its parent company.

The Iberia Express fleet has the Club Express Onboard system. Through which passengers can read newspapers, magazines, travel guides, get various offers of services at destination (plans, activities, car rental, tickets) and also enjoy a large catalog of audiovisual content intended for all ages and free of charge.
In order to interact with the airline’s service, passengers only need an electronic device (mobile phone, tablet or laptop) that allows them to connect to the aircraft’s wireless network. This connection is made with the device in “airplane mode”, for which they must follow the safety instructions provided by the crew.
The connection to the Club Express Onboard entertainment system does not involve the connection to the Internet of the passenger’s devices, which does not allow the download of external content, instant messaging or e-mail functions.
A gastronomic service is offered that is worthy of a great restaurant.
Please note that devices that do not have “airplane mode”, and that do not have the option to deactivate calls or other connections or will be checked, must remain off for the duration of the flight.

Some of the electronic devices considered as permitted are: